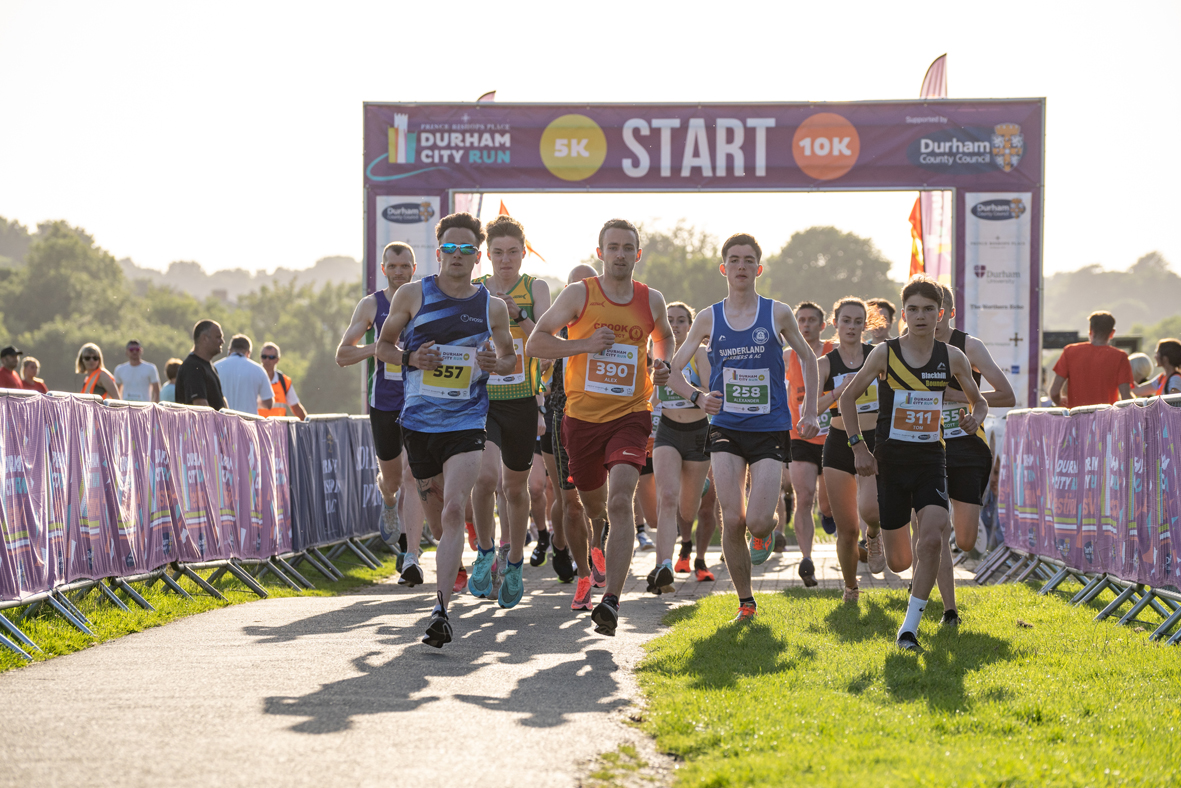 Racing has returned to the heart of Durham at the 2021 Prince Bishops Place Durham City 10K and 5K Runs. Organised by Events of the North in partnership with Durham University and supported by Durham County Council, the runs were able to go ahead after an event-specific plan was implemented to ensure the safety of all involved. With COVID-related measures in place, around 2,000 runners were able to take part in the 10K and 5K under sunny skies, starting at Durham Racecourse and finishing in Millennium Place. The sun shone on leading club athletes and fun runners as they made their way around courses that followed sections of the River Wear and took them past some of the city’s iconic landmarks. Many participants raised funds for good causes, including official charity partner St. Cuthbert’s Hospice.

The Prince Bishops Place Durham City 10K and 5K Runs marked the start of the Durham City Run Festival, three days of running events for the whole family. Throughout Friday, runners will challenge themselves against the classic mile distance in the Run Like A Legend Mile, and the festival will conclude on Saturday with Paula’s Families on Track at the racecourse, during which family teams will complete a 10K distance together in a relay format on a safe, enclosed course, running laps of either 1,000m, 500m or 250m. Families on Track is the brainchild of athletics legend Paula Radcliffe, who ran the Durham City 5K with her daughter Isla and son Raphael – they will all be in action again on Saturday.

Race results were based on chip timings, rather than position on the course, which allowed the organisers to implement a staggered, rolling start that maintained social distancing before and after each race. The winner of the 2021 Prince Bishops Place Durham City 10K was Cameron Allan of Houghton Harriers in 32 minutes and 23 seconds. Liam Taylor of Sunderland Harriers was second in 32:42, with clubmate Stephen Jackson third in 32:46. The women’s race was won by Emma Bramley in 40:03, with Kimberley Simpson of Gateshead Harriers second in 40:56 and Emma Thompson of Elvet Striders third in 41:43.

Liam Rabjohn of Richmond & Zetland Harriers won the Prince Bishops Place Durham City 5K in 15:13, with Tom Slane second in 16:33 and Simon Fell of Peterborough & Nene Valley AC third in 16:44. The women’s 5K was won by Charlotte Dillon in 18:04, with Freya Clarkson second in 18:54 and Anna Pigford of Houghton Harriers third in 19:08.

Steve Cram, event founder and race director, comments: “It’s been a fantastic night of running in great weather and in a beautiful city. Even with the social distancing measures in place, there was a real buzz and loads of happy runners and volunteers. Huge thanks to Durham County Council for working so closely with our team to make it possible to host the Prince Bishops Place Durham City 10K and 5K safely in these unusual circumstances. It’s been a brilliant start to the Durham City Run Festival and we look forward to two more days of running, and especially to the return of Paula’s Families on Track on Saturday morning.”

Cllr Amanda Hopgood, leader of Durham County Council, started the 10K and 5K, and adds: “Well done to everyone who has taken part in this year’s 5K and 10K races. Thankfully, the weather has been fine, so runners have been able to complete the route in glorious sunshine. It’s great to see so many people out and enjoying exercise after the difficulties of the past 18 months, due to the coronavirus pandemic.”

Find out more about the event at www.durhamcityrun.com or by following @durhamcityrun on Twitter. 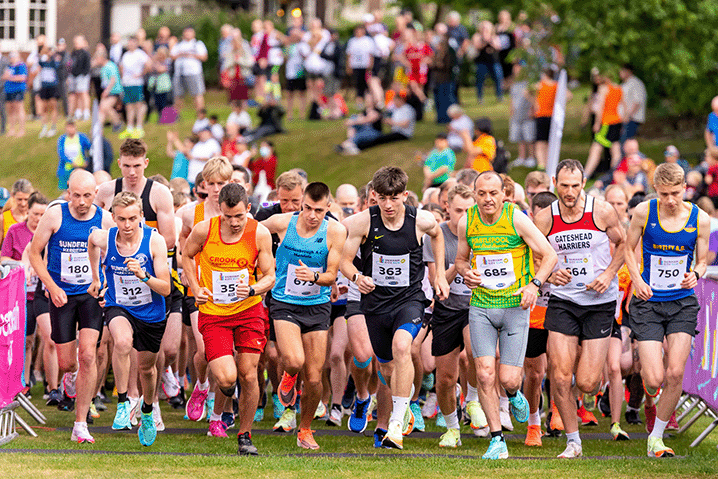